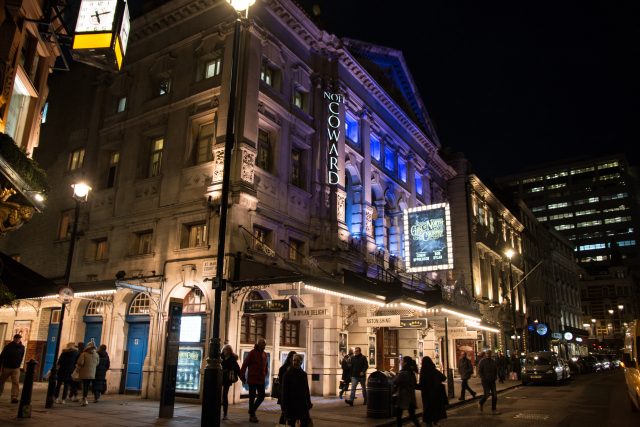 So I have a secret, it’s not a very well kept one but it’s one I have yet to share with you dear readers.

I LOVE musicals. There, I said it! I love it when people burst into song for no reason. 30 people dressed as animals all dancing in time with huge grins on their faces, can’t get enough.

The problem is that tickets to these shows can be pretty pricey. If you fancied seeing Hamilton, the hottest show in town right now, you could be paying up to £150. But with deals and discount booths you can find some great bargains.

So it is with great pleasure I bring you my top 5 shows you can see that won’t break the bank.

Now this is a theatre lovers show. First appearing on Broadway in the 70’s. This show with music and Lyrics by Stephen Sondhiem (or the god of musical theatre as I like to call him) was a huge hit for the National Theatre last year and makes a welcome return this spring. With love, laughs and loss, it’s a triumph and had critics showering it with 5 star reviews. If you like your musicals high class then you can generally get tickets from the TKTS booth in Leicester Square starting at £39 for a circle ticket.

For those that like their movie to musical adaptations then this is for you. Based on the Jack Black film, Andrew Lloyd Webber bought this show to London and Broadway a few years ago and the incredibly talented kids in the show have proved box office gold. You can back a pretty decent seat for about £30 on https://www.london-theater-tickets.com/

A brand new show not based on a book or a film… rare these days but that hasn’t stopped it entering its second year in the west end. Currently starring Shane Richie but the real star turn is Layton Williams, who plays Jamie. A fun show with a massive heart and some really important issues. Head to TKTS for upto 37% off stalls seats

It’s not all about the West End. The fringe has some wonderful shows. Little Miss Sunshine just opened at the Arcola and you can grab a ticket from £24.

Yes you are reading this correctly. You can get discount tickets on THE longest running show in the world. When it first premiered at the RSC the critics hated it. The audience however, went crazy for it and it’s now a global phenomenon. Just google Les Mis discount tickets and you can find some great deals.

Well I enjoyed that, I hope you did. Look out for more theatre related articles in the future and let me know what your favourite shows are at the moment in the comments below.

Fashion Modelling Industry News & Opinions from the team behind The Model Cloud
Contact us: info@themodel.cloud