The modelling industry, both in the UK and globally, has an unfortunate reputation for a lack of ethics. Here we’ll explore this renowned lack of ethics in more detail.

The modelling industry has been critiqued for adding to the social problems associated with body image, particularly amongst young women. Negative feelings regarding body image can lead to depression, anxiety, low self-esteem and even eating disorders. The use of size zero models is often brought into this debate – these models are sometimes considered ‘unhealthily’ underweight, yet they are often also considered to have the ‘perfect’ body. Those in the modelling industry may indeed argue that the blame cannot be left solely at their door. Advertising, marketing, magazines, films, television, social media and millennia of patriarchy have all played their parts too.

Lack of transparency on earnings

Earnings are a hot debate in the modelling world, and some models are paid considerably more for what is essentially the same work. Men are found to earn up to 75% less than females. Other models complain that agencies are not always upfront about earnings, with models being paid considerably less for a job than they expected. Some even argue that model agencies should have a transparent, industry-wide payscale, like that of public sector teachers or nurses.

Manipulating young people into the industry

Many models start their careers very young. Model agencies have been criticised for preying on teenage girls and boys who are easily enticed with the promise of fame and wealth. For some, of course, it works out – Kate Moss was just 13 when she was spotted. However, many more are promised the world and put onto agency books, only for it to never turn into any sort of career, despite having paid out for professional photos.

In 2015, some of the UK’s most well-known model agencies were fined for data sharing, leading to fixed rates and similar pricing strategics in terms of what competitors were charging magazines and newspapers. Rate fixing, or running price cartels, is against the law in certain industries in the UK and this is regulated by the Competition and Markets Authority.

As you can see, despite the glamour and glitz this is an industry tarnished with a poor reputation in terms of ethics.

The Model Cloud are changing that. We are a company focused on ethical working within the model industry and are now trying to lead the way globally by turning the industry around to showcase an improved, more progressive agenda. 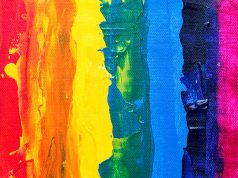 Fashion Modelling Industry News & Opinions from the team behind The Model Cloud
Contact us: info@themodel.cloud